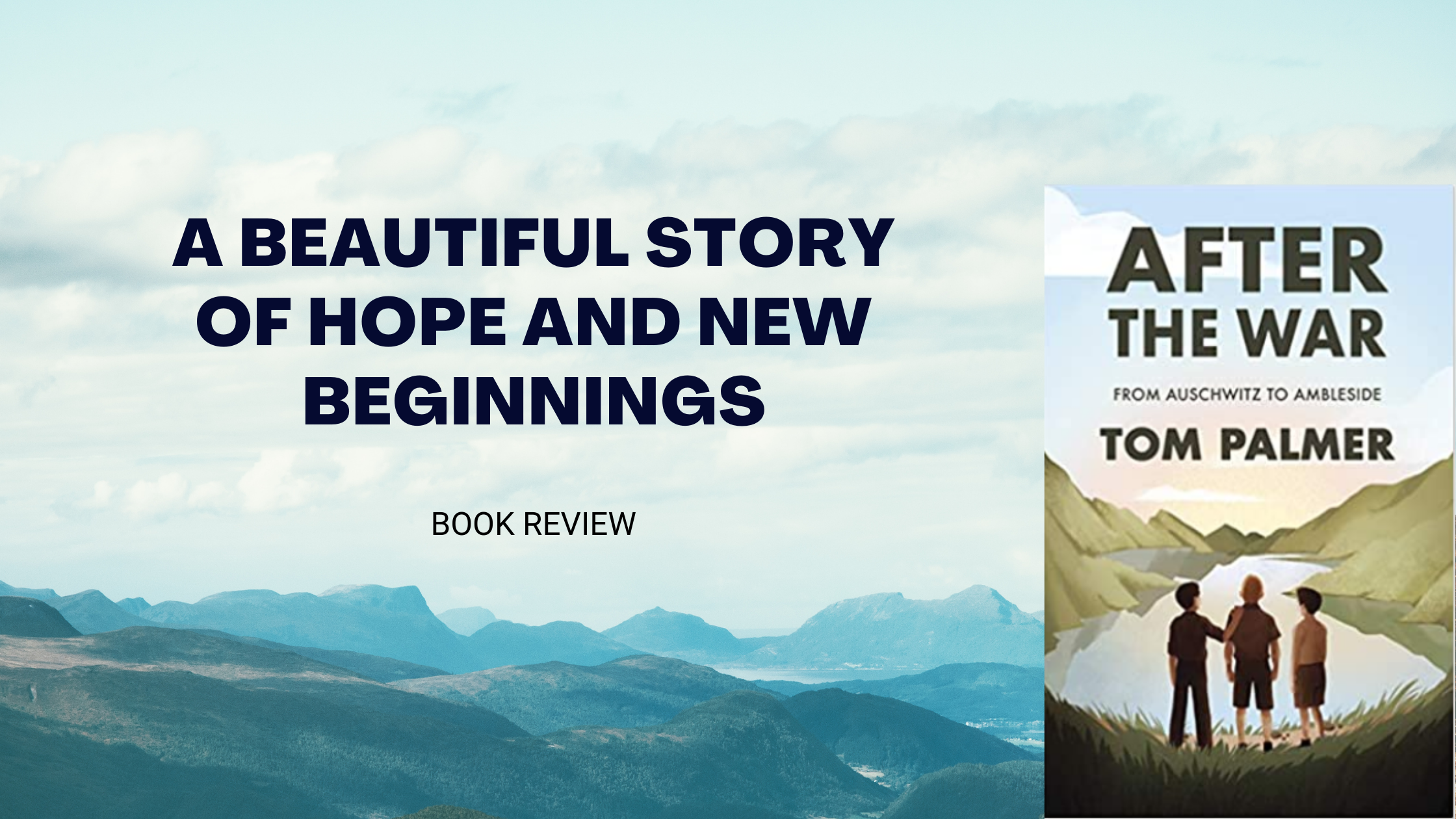 Before reading 'After The War' by Tom Palmer, I'd only heard of the Windemere children on a couple of occasions, and I knew very little about them. My grandmother had mentioned their story to me before she died, and I'd always meant to read more about it, but never did. Now, Tom's book brought it alive for me in vivid detail.

'After The War' centres on the lives of Yossi, Leo and Mordecai who arrive in the Lake District by plane following the end of the Second World War. They have miraculously survived the concentration camps, and have finally reached a place of safety and hope. But adjusting to life in England isn't easy. At first, the boys struggle to trust anyone around them and even when they're offered shelter and food, they find it difficult to believe that their good fortune will last.

There is a moving description of them being shown into the group kitchens to prove to them that there is enough food to go around, and that they don't need to fight for it with the other children:

"And in here," Dorothy said, translated by Talia, "we have supplies of meals for a week, a month. You don't have to worry, boys. We have food for as long as you need it."

The boys fell silent as they stared at a room filled with sacks of flour, oil, crates of vegetables, cheeses. Yossi inhaled. The smells coming off the food were dizzying."

As the boys get to know their surroundings, they begin to make plans for their future and to get to know the local people of the Lake District. At the same time, it becomes apparent that their behaviour continues to be shaped by their past experiences. This is reinforced by the powerful contrasts between the atrocities that Yossi remembers, and the peace of his new world.

I would thoroughly recommend this beautiful book for 8+ readers. It is easy to read, yet packed with emotional depth and wonderfully drawn characters. There are also some very useful research notes and photos of the real Windemere children which will further help to bring this important WWII story to life for young readers.

After the War: From Auschwitz to Ambleside is part of Barrington Stoke’s middle-grade Conkers series.