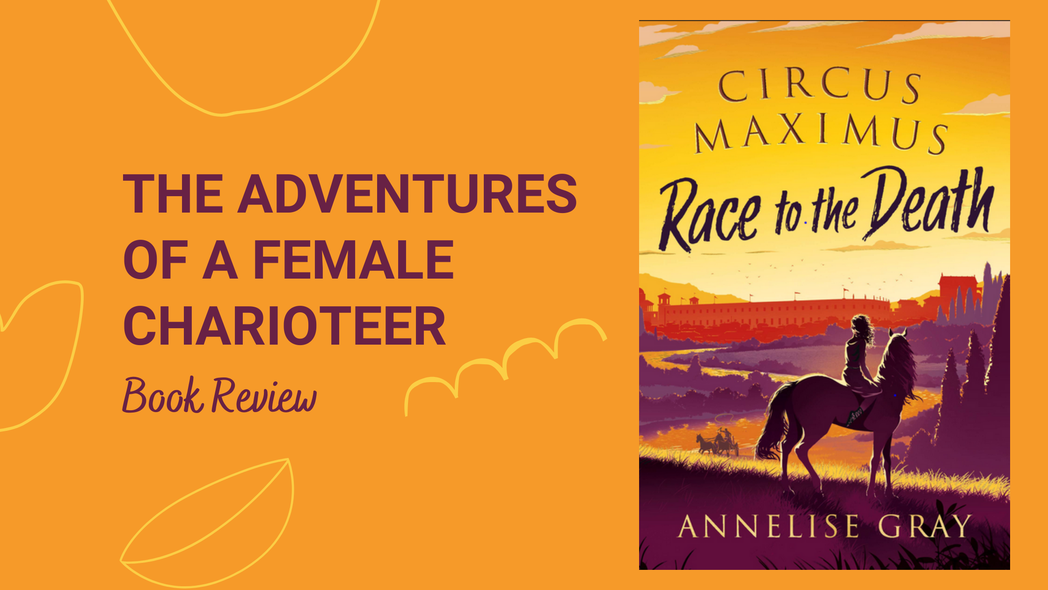 I've been looking forward to reading Circus Maximus: Race to The Death by Annelise Gray for ages, as I've always loved Ancient Rome and had never yet read a children's book set during this time.

There is so much to love about this book - the nail-biting plot and the beautiful descriptions of setting for a start, but also the bold and fierce heroine, Dido, who is determined to be the first female charioteer at the Circus Maximus.

On a trip to Spain, Dido falls in love with a clever but wild horse, Porcellus, whom she wins in a race. She takes care of him and trains him with the hope of one day being able to race him. But her father Antonius, who is a well respected trainer working for the Green Faction, forbids her taking part in official races, fearing for her safety.

Sadly, Antonius is murdered when he accidentally uncovers a plot to drug some of the horses taking part in the races, and Dido seeks refuge in Utica with Scorpus, a once famous chariot racer himself. Through many twists and turns, she finds her way back to The Circus Maximus, but there is grave danger awaiting her. For the Emperor's heir Caligula has been desperate to get rid of Dido for months and believes that she is in fact already dead.

There are some brilliant, vivid descriptions of races that made me feel like I was truly there in the arena:

Coloured flags billowed around the circus. The teams for the fifth race were cantering around the warm-up area. As a gap opened in the crowd to let me through, some heads turned my way and I heard a boy cry out.

'There they are Papa! It's Leon and Icarus!'

I sized up the other competitors, one or two of whom nodded at me as I joined them. I was feeling confident. There was nobody here that I hadn't beaten in the last six months.

'Race five! Draw for your lane!'

I would thoroughly recommend this wonderful story for fans of action and adventure. It really had me gripped and I can't wait for the next installment, which I've heard will be coming in not too long!