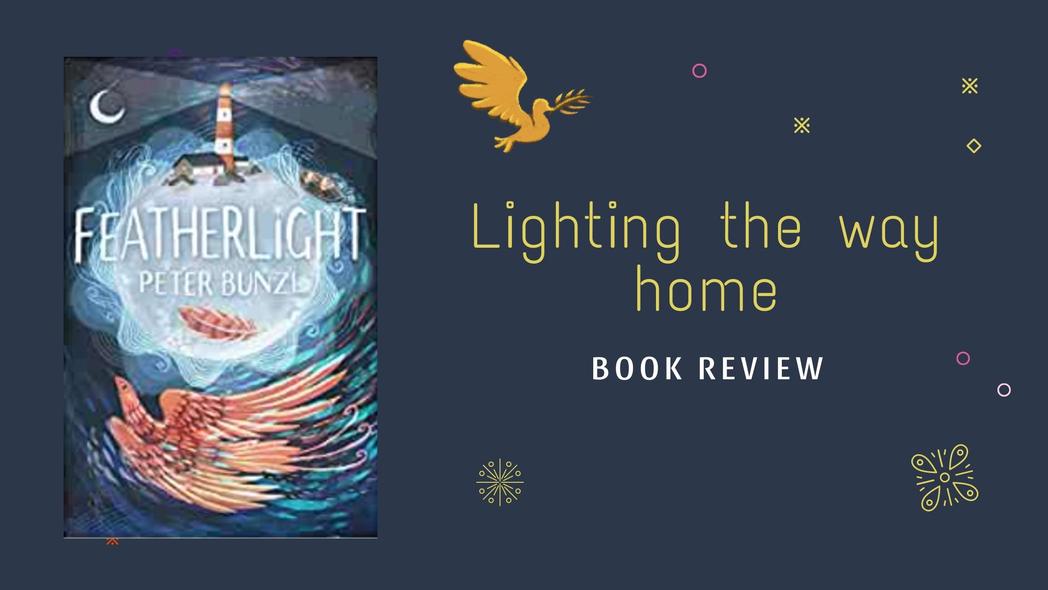 Peter Bunzl's wonderful short book, 'Featherlight' is the story of Deryn, the daughter of a lighthouse keeper on remote Featherstone Island. The island is so remote in fact, that her family are the only people who live there. When her pregnant mother feels that the baby is coming early, Deryn's parents sail to the mainland to get help with the delivery, and leave their daughter in charge of the lighthouse.

Deryn manages the first night alone without any mishaps, but on the second day, a peculiar bird arrives and smashes against the glass of one of the windows. She decides that she will nurse it back to health. It soon turns out that her new friend is no ordinary bird and that it will play a key part in the rescue mission that Deryn undertakes later that same night with her grandmother.

The story has beautiful descriptions of setting and is filled with myth and magic. I particularly loved Deryn's first meeting with the bird:

This is unlike any bird I've seen before. It's chest is scarlet, like a robin's and its wings are dirty red. It has a bright orange crest on top of its head that looks like the flames of a fire.

To tell the truth, this bird doesn't look well. A bit mangy. And it's small - it must have only recently been a chick. Perhaps it has only just learned to fly?

It was great to read the real life events on which the story is based, which Peter Bunzl includes at the end, along with some handy descriptions about the role and history of lighthouses. All in all, a fabulous read!

Featherlight is published by Barrington Stoke. It is written and formatted specially for dyslexic and reluctant readers.