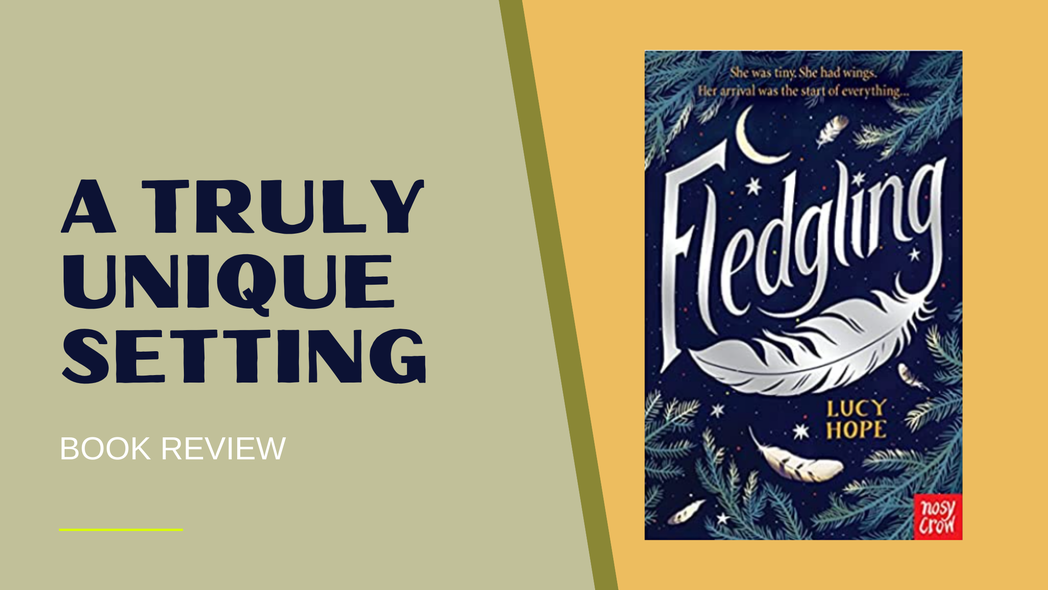 'Fledgling' by Lucy Hope is a book that blew me away from the outset with it's absolutely brilliant, unique setting. There are several authors who have stated that setting should be viewed as an additional character, and this is certainly true in the case of 'Fledgling.'

From the very first page, I was transported into Cassie's gothic world of wonder and mystery. The main heroine lives in a peculiar house on top of a rock in Edenburg, Bavaria. It features a removable roof, a collection of stuffed owls, and a ancient lift operated by a pulley system. The characters who inhabit it are just as memorable: Cassie's mother is an aging opera singer, her father has an unhealthy interest in taxidermy and her poor Grandmother is attached to an ancient machine that helps her breathe.

Into this strange world a cherub is blown and seems very attached to Cassie, to the point that their two heartbeats merge. And this is only the beginning of a series of strange events that begin to unfold, which will see Cassie attacked by a flock of foul smelling birds, involve a journey into the forest to meet a peculiar old lady and her best friend Rafael transforming before her eyes. It's Cassie's task to uncover what really happened in the past and to solve the mystery that presents itself before her.

One of my favourite passages is the emotional build up created by the description of the house:

It's a thoroughly engaging story that truly kept me guessing until the very end.