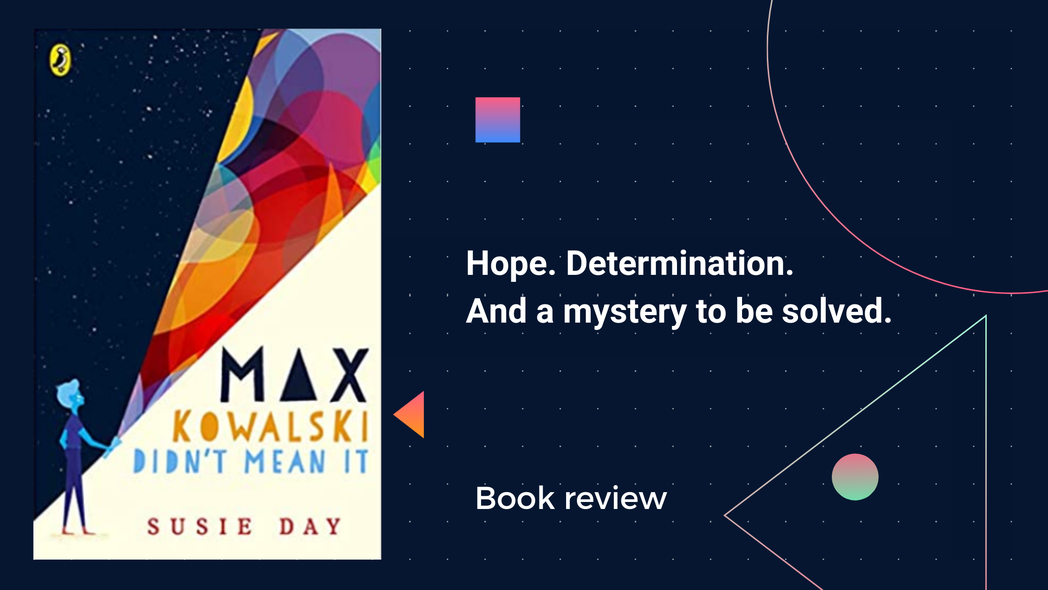 I'll be honest - I was mostly drawn to this book because of the title character's Polish surname, but I'd also read some great reviews which compared the story to Jacqueline Wilson's books, and we all know they are my absolute favourites. They were right - there were some definite similarities, particularly when it came to the sensitive handling of difficult subjects and the wonderful portrayal of family relationships.

'Max Kowalski Didn't Mean it' by Susie Day, is the story of a boy left alone to look after his three younger sisters when his dad goes missing. Big Pete needs to lie low after being involved in some dodgy business dealings, and he leaves his son in charge of the house while he's away. Max is scared, but he steps up thinking his dad will only be gone a couple of days.

But as the time crawls by, the abandoned family becomes increasingly anxious, and when the police come snooping, Max decides its time to abandon ship. He takes the keys to his best friend's grandmother's cottage in Wales, and decides to move himself and the girls there just until his dad comes home. What awaits is an adventure involving mountain climbing, dragons and whole lot more.

Susie Day is a fantastic character builder, and we get a real sense of what it's like to be Max - prone to accidents and disasters, yet at the same time expected to be 'the big man.' There's a wonderful extract from the gang's arrival in Wales:

Max Kowalski the earthworm. Half full of hope, half rotten and ruinous, doing what he did best: messing up.

'I didn't want to run away to Wales,' he should have said to Elis Evans. It's wet and cold and they don't know about shops. I want to go to Torremolinos, where there's sun and beaches. Amber went last summer. Can I nick the keys to there?'"

If you're looking for a moving MG adventure story, you've found one here.