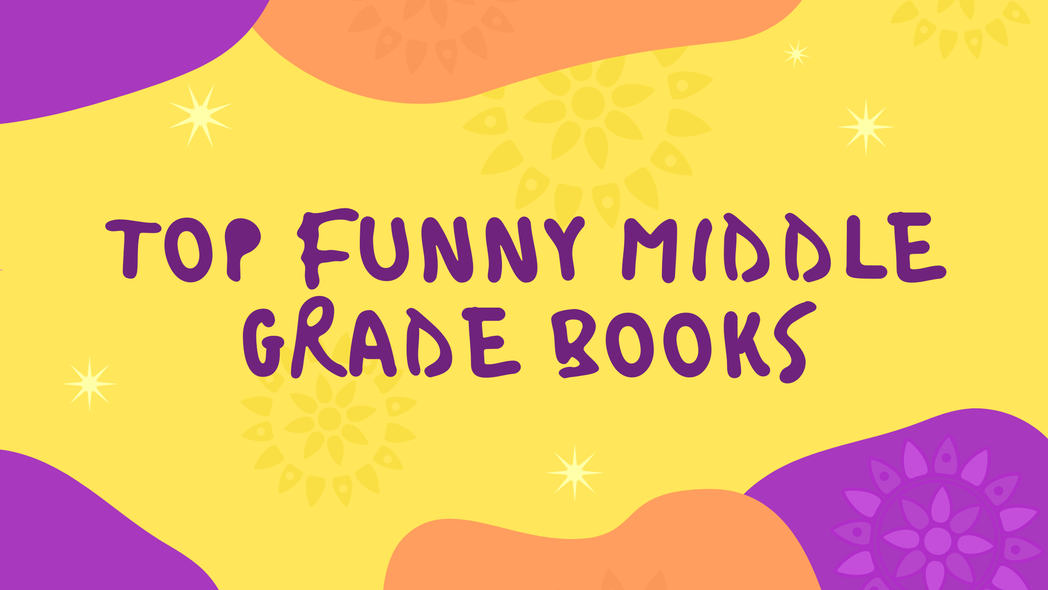 Let's be honest - we all need a bit of laughter in our lives after the year we’ve had. And with so many children being off school for many months, missing their friends and having to deal with the general upheaval of home learning, I feel that they deserve a good chuckle.

What better way to unwind than with a glorious, belly-laugh-inducing book? I’ve put together a list of my top recommendations of both new and old crackers that are sure to get you giggling in no time.

Who Let The Gods Out? By Maz Evans

Maz Evans’ popular Who Let The Gods out series features the wonderful Elliot who is dealing with a range of troubles. But then a shooting star crashes to earth and changes his life forever. The star is Virgo - a young Zodiac goddess on a mission. Things start to go wrong when they accidentally release the daemon Thanatos and they end up having to turn to the Olympian gods for help. Maz Evans’ writing is likely to make you both laugh and cry in equal measure.

Simon James Green’s writing is absolutely brim-filled with laugh-out-loud comedic scenes and the story has an truly brilliant central character. It all starts when Riley visits a funfair with his mum and has an awful run-in with a fortune-teller in sequined flip-flops. He accidentally smashes her crystal ball leading her to curse him. From that moment he knows he's in trouble, and the world as he knows it is turned upside down.

My Brother is a Superhero by David Solomons

This great series by David Solomons is packed full of superhero references and has an amazing plot that is guaranteed to make you want to read on. Luke Parker was just your average eleven year-old comic book fan until the fateful day when his boring, do-gooding, brother Zack got turned into a superhero. What happens next? You just have to find out!

This was one of my very favourite books as a child! It’s the story of Karlsson - a very short, plump and overconfident man who lives in a small house hidden behind a chimney on the roof of 'a very ordinary apartment building on a very ordinary street' in Vasastan, Stockholm. When Karlsson flies into the window of one of the boys who live in the building, the two become great friends and get up to mischief together.

Another one of my old favourites and a modern-day classic. ‘Adrian Mole’ went on to sell over 20 million copies worldwide and has been translated into 30 languages. The story was set in 1980s Leicester and follows the daily dramas and misadventures of a boy named Adrian as he goes about his teenage life. There were seven sequel Adrian Mole novels that followed.

Time Travelling with a Hamster by Ross Welford

An original and deeply moving story about a boy, Al, who travels back to 1984 to save his dad’s life. It’s packed with humour from the very beginning and includes some absolutely wonderful characters. My favourite was grandpa Byron. The story has been praised by many for making some big, messy themes highly accessible.

And there you have it. I hope there’s a great book or two on that list that you haven’t read. If you have any great titles to add, please drop me a line!