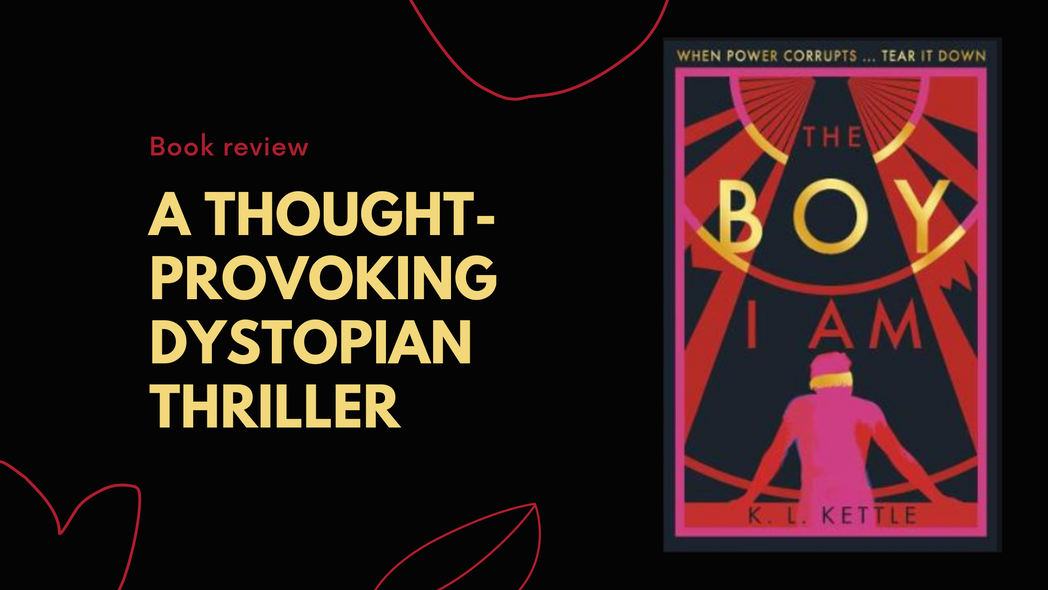 I heard many great things about 'The Boy I Am' by K.L. Kettle and I was fascinated by the idea of a dystopia in which all positions of power were held by women. This book is intriguing on so many levels and it's left me wanting to discuss various themes with other readers. I'm eagerly waiting for a couple of my friends to finish it.

Seventeen year old Jude is one of the young men at the House of Boys, whose sole purpose in life is to serve the female elite. His days are filled with appointments in which he is expected to be a companion to women and an object to admire. Under the strict rules of the establishment, he is not allowed so much as to look at a woman - doing so carries terrible consequences. He knows he needs to take risks but he is careful in doing so:

Even with the Chancellor's protection, I'm not going to risk another peek, so tie the cloth round my eyes tight enough so there's only darkness. Humming to hear how the pitch changes as I turn my head, bouncing the sound off the same old walls, I find the familiar rough path of worn carpet around the room. It's more recognizable in the dark. Safer too somehow.

"The eyes are the windows to our souls," I mutter to myself (...) "And no one can sell a house with dirty windows."

Jude believes that the Chancellor, who holds the utmost power, has brought about his best friend Vik's death and he sets out to avenge him. Vik was ultimately aiming to tear down the establishment, and in doing so create a better future for himself and the other young men - and Jude sets out to complete this unfinished job.

Unfortunately, The Chancellor seems to have foreseen Jude's plan, so he finds himself having to adjust his thinking and grasp new opportunities that arise, while at the same time taking advantage of insider knowledge from Romali, the wayward daughter of a high ranking official.

The novel is powerful, emphatic and stays with you long after you've read it - possibly because the characters are so believable and easy to engage with. I would thoroughly recommend it to fans of thrillers and dystopia.