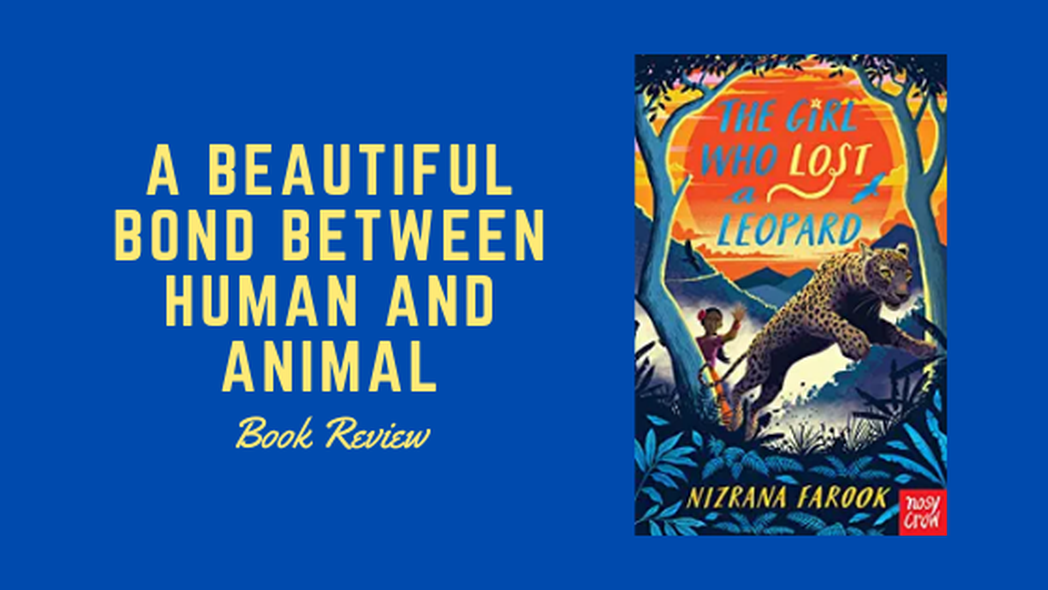 I was so excited to get a proof copy of Nizrana Farook’s ‘The Girl Who Lost a Leopard’ as I’ve enjoyed her previous two books immensely. I particularly love the vivid settings, and the themes of friendship and solidarity between humans and animals which permeate her stories.

‘The Girl Who Lost a Leopard’ is the story of Selvi, a girl who befriends a leopard called Lokka. Lokka is a majestic creature who is sought after by poachers for his very special coat with its spots ringed with silver. But Selvi is determined to protect her friend from harm, even if it means putting herself in danger. Her plans are scuppered by the unexpected involvement of her school friend Amir who appears to unwittingly spread information about the leopards whereabouts.

Nizrana Farook is amazing a building dramatic tension. There’s a particularly nail-biting scene which involves a tumble over a cliff edge and is described in incredible detail. It made me truly feel like I was there. And the descriptions of the land of Serendib are just magnificent:

Misty green hills rose around her to varying heights, all covered by a thick wilderness occasionally broken up by exposed rock. Tall eucalyptus trees shot upwards like arrows from the slopes, their balmy fragrance sharpening the breeze. On her right and away to the south lay a vast plain of velvety grassland.

When Lokka suddenly disappears, Selvi fears that the poachers are into him. Can she find and save him in time? And are her friends really who they seem to be?

I would wholeheartedly recommend this beautiful story of friendship, loyalty and determination.