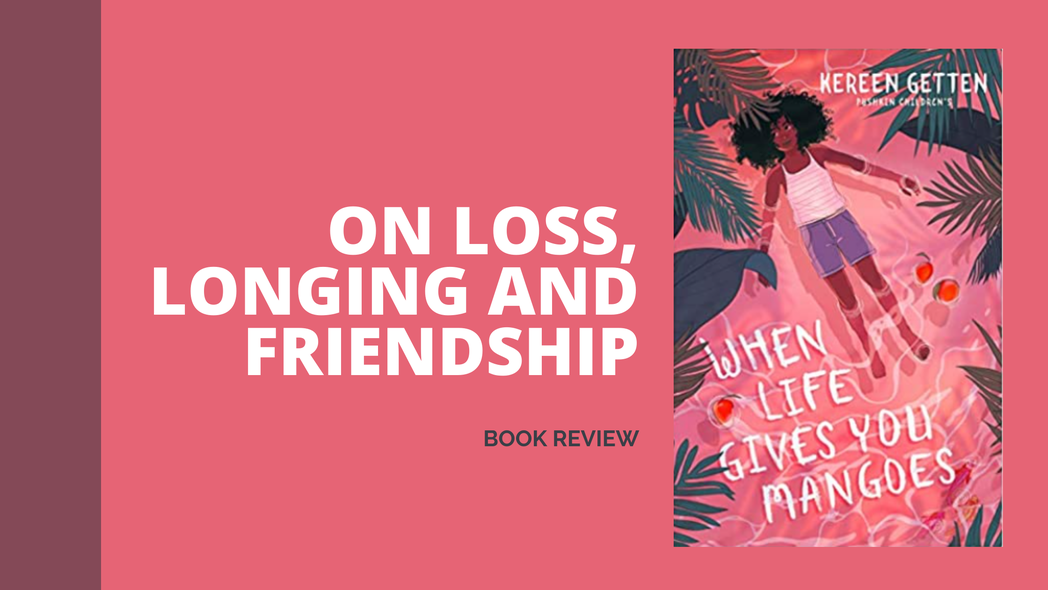 I was given 'When Life Gives You Mangoes' as a present, and I was eager to get stuck in, because I'd heard many good things about it. I wasn't disappointed. It's an utterly brilliant story that took me on a few unexpected twists and turns. There was one particular plot twist which I completely didn't see coming. Don't worry - I'll be sure not to reveal anything in this review.

This is the story of Clara, who lives in the small, close-knit community of Sycamore on a Caribbean island. The setting is described in wonderful, vivid detail - from the appearance of the coastline (a surfer's paradise) to the unpredictable storms which attack the area. But when the new girl, Rudy, arrives from England, everything begins to change.

Her arrival sparks the first seeds of memory of the previous summer, which Clara has somehow buried deep in the confines of her mind. She struggles to remember why her cousin and best friend Gaynah is so mad at her, why her parents sometimes act strangely around her, and why most of the time, she feels so frustrated and confused.

There's also the secret of her Uncle Eldorath, who lives in a huge empty house at the top of the hill and is rumored to be mad and dangerous. But Clara suspects that he is neither and years to figure out what's really going on? Join her on mission to discover the truth! It will be an incredible journey!